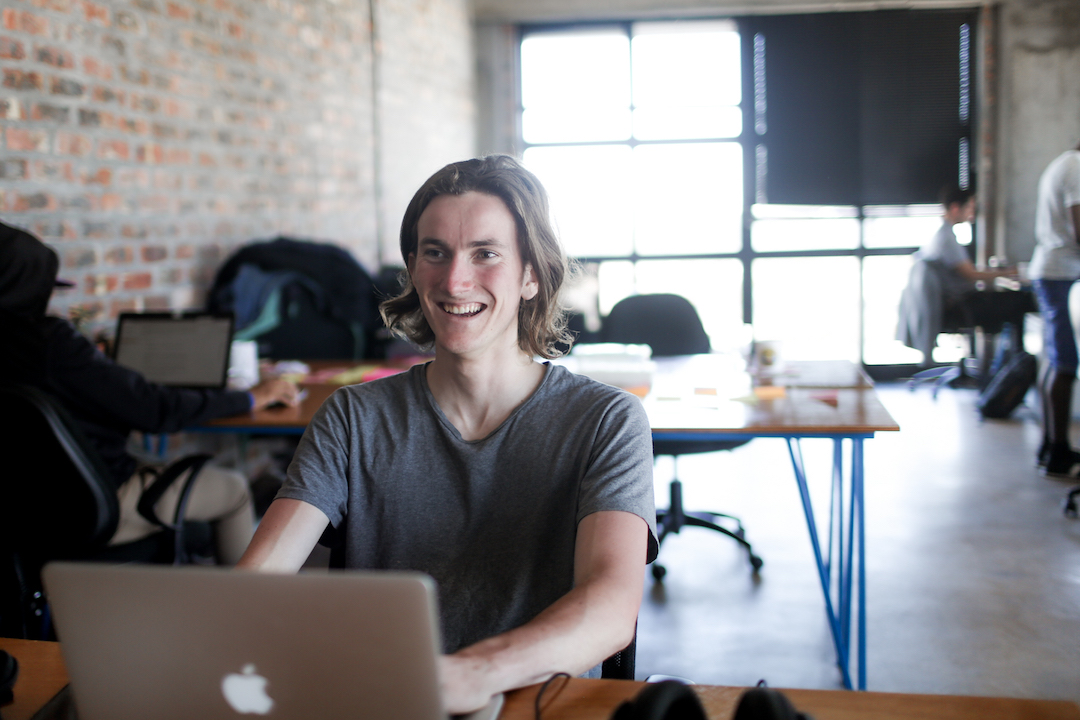 After graduating from CodeSpace Academy, Jasper Chesselet started work as a developer at IO, a tech innovation company. Whilst working, he’s building on his skills by studying cloud computing with Google’s Associate Cloud Engineering Certificate.

His time at CodeSpace taught him how to be the kind of person who can constantly upskill and keep ahead. “The environment and people made learning all these new things seamless.”

From gamer to coder

Growing up, Jasper’s interest in technology was borne from playing video games with his brother. This activity evolved into a fledgling passion: an aspiration to make games himself. As he learned more about the tech industry his interest expanded to include aspects other than game development and he decided to learn to code.

When weighing up the option of having learned to code by himself, his feeling was that it “would have been a much longer, less organised path than just going to CodeSpace Academy.”

A passion for positive change

When asked what hopes he held for the next 5 years, his answer centred around others: “I think many socio-economic issues could potentially be solved through tech. I’d love to see more diversity in the tech industry because having diversity in the industry would bring out other points of view, which I believe is super important in problem-solving.”